Enjoy riding on the famous Rocky Mountaineer train through spectacular Canadian Rockies scenery from Banff to Vancouver. The train trip is followed by an overnight stay in Vancouver, consistently voted one of the world’s most liveable cities.

Arrive at Calgary Airport and make your way to your in-terminal hotel where you will spend the night.

After breakfast, meet with your local guide before setting off from Calgary to the resort town of Banff via private van (approx. 1.5 hours). Banff National Park is home to 53 species of mammals including bears, wolves, moose, and mountain goats. After check-in at your hotel, the day is spent at your leisure.

A private transfer takes you to Banff train station in the morning. Travel on board the Rocky Mountaineer from the resort town of Banff to Kamloops, in the heart of British Columbia’s interior. Enjoy breakfast and lunch on board the train. Your journey will take you through an array of scenery as you travel between the glaciers and snow-capped peaks of the Canadian Rockies, over mountain passes and through remarkable tunnels, along rocky lakeshores and across the ranch­lands of the interior. Today’s highlights include the Continental Divide, the Spiral Tunnels, the Kicking Horse Canyon, Rog­ers Pass, and Craigellachie – where the last spike of the Canadian Pacific Railway was driven. Disembark at Kamloops station in the early evening and transfer to your hotel for an overnight stay. 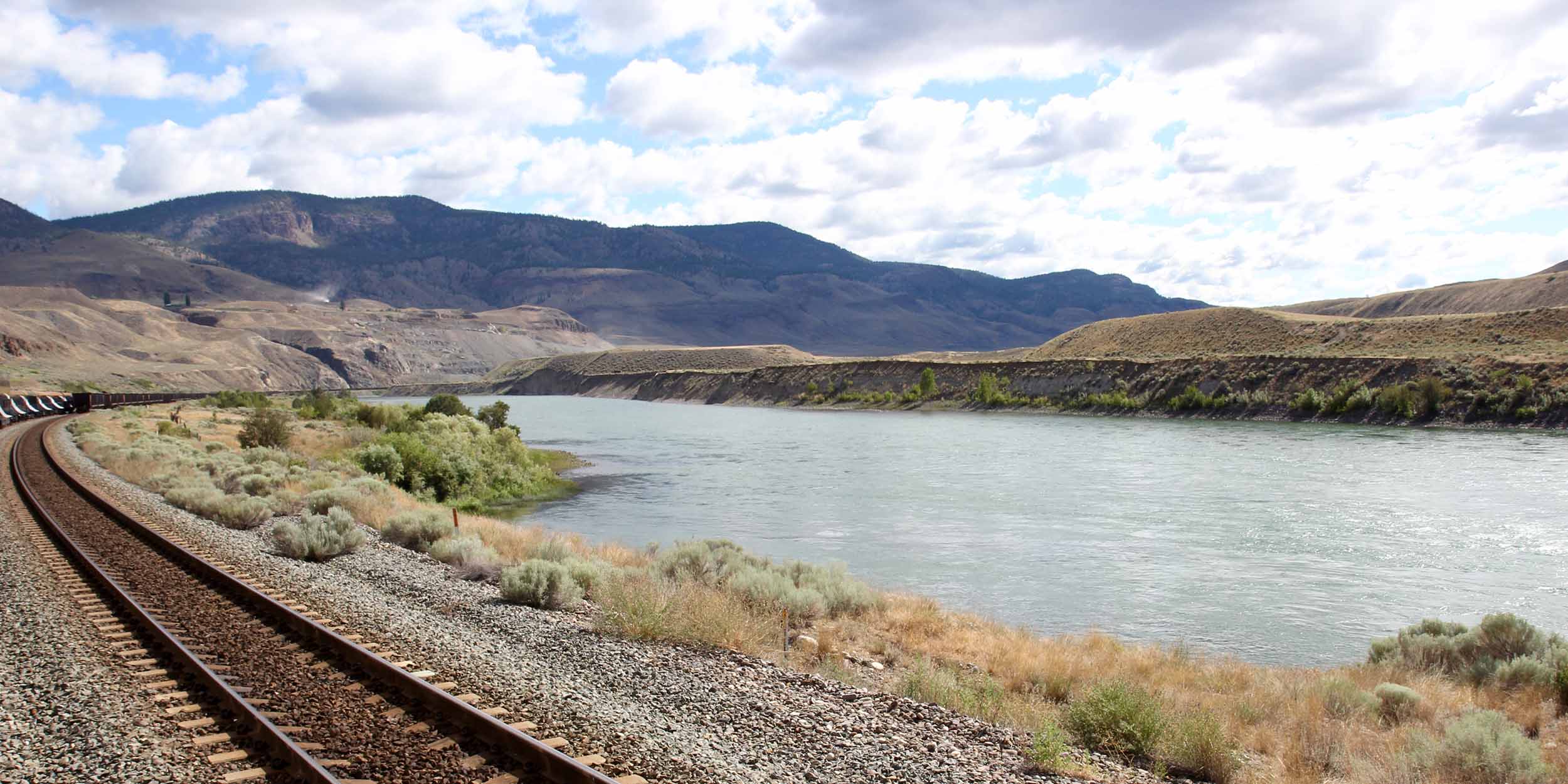 Your journey continues west toward the Pacific Ocean and the coastal city of Vancouver. Breakfast and lunch will be served on board the train. On today’s journey, there will be dramatic changes in scenery, from the desert-like environment of the interior, through winding river canyons and pristine forests, to the Cascade and Coast mountains and the lush green fields of the Fraser River Valley. Highlights include the steep slopes and rock sheds along the Thompson River and the rushing waters of Hell’s Gate in the Fraser Canyon. Your rail journey ends in Vancouver in the evening. Upon arrival, a private transfer will  take you to your hotel in downtown Vancouver. Overnight, including breakfast.

The price includes nights in 4-star hotels (one in Calgary, one in Banff, one in Vancouver, all including breakfast), and one night at a hotel in Kamloops, included as part of the Rocky Mountaineer two-day rail tour. Also included are a bus transfer from Calgary airport hotel to a hotel in Banff; entrance fee to the National Park; a local English-speaking guide from the hotel in Calgary on Day 2 to Banff Railway Station on Day 3; and Rocky Mountaineer rail journey from Banff-Kamloops-Vancouver with one-level dome car with Silverleaf service (two breakfasts, and two lunches with wine and beer).

Meals that are not mentioned as included in the itinerary, drinks, gratuities