The Northern Lights have inspired some of the most dramatic tales in Norse mythology. The Vikings celebrated the lights, believing they were earthly manifestations of their gods. Other Norse people feared them, telling stories of the dangers they posed and developing superstitions to protect themselves. These Norse myths and legends come from the Nordic countries in Northern Europe and the North Atlantic.

Heroes lighting up the sky

Odin was the chief god and ruler of Asgard, revered by all Vikings. They believed he lived in Valhalla, where he was preparing for Ragnarök – a series of events that would precipitate the end of the gods and begin the world anew. In Viking legend, Ragnarök was predestined and would be Odin’s greatest battle, so he needed the bravest warriors at his side.

Dying in battle was considered an honour for our Norse ancestors and many of their legends feature great battles which celebrate warriors who died fighting.

In some legends, they claim the Aurora was the breath of brave soldiers who died in combat. In other stories, the Aurora was believed to be the ‘Bifrost Bridge’, a glowing, pulsing arch which led fallen warriors to their final resting place in Valhalla.

Danger in the lights?

For the Sámi, the indigenous Finno-Ugric people, the lights didn’t tell stories of heroism and bravery; instead, they were to be feared and respected in equal measure. The appearance of the Northern Lights was a bad omen. 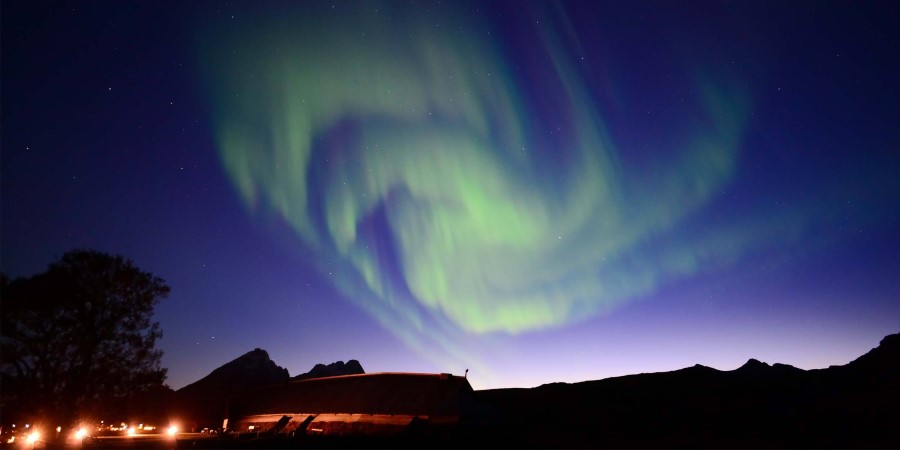 In Finland, the name for the Northern Lights is revontulet, literally translated as ‘fire fox’. The name comes from the rather beautiful myth that Arctic foxes produced the Aurora. These fire foxes would run through the sky so fast that when their large, furry tails brushed against the mountains, they created sparks that lit up the sky. A similar version of this story tells that as the fire foxes ran, their tails swept snowflakes up into the sky, which caught the moonlight and created the Northern Lights. This version would have also helped explain to the people why the lights were only visible in winter, as there is no snowfall in the summer months.

These complex mythologies were by no means the only ones to take root in Norse societies.

In Icelandic folklore, they believed the Northern Lights helped to ease the pain of childbirth, but pregnant women were not to look directly at them or their child would be born cross-eyed. In Greenland, people held the bittersweet belief that the lights were the spirits of children, who had died in childbirth, dancing across the sky, while in Norway, the Northern Lights were believed to be the souls of old maids dancing in the heavens and waving at those below.

Whichever fantastical tale captures your imagination, one thing is certain, the Northern Lights were assigned great power and significance by the peoples of ancient Nordic societies. Whether a harbinger of good or evil, the lights were as magical and revered as they continue to be today.

Learn everything you need to know about nature's own mesmerizing light show, the Aurora Borealis, and how to see them.