Dr Mason has been working with Hurtigruten since 2007, and this will be his eleventh consecutive winter season on our Astronomy Voyage. Some of the Hurtigruten team had the opportunity to spend the afternoon with Dr Mason, quizzing him on all things aurora-related.

Dr John Mason MBE is an Applied Physicist who has spent a great deal of his life chasing the Northern Lights. He has been a Fellow of the Royal Astronomical Society since 1976 and is the former President of the British Astronomical Society. He lectures around the country and is the principal lecturer, Honorary Treasurer and trustee at the South Downs Planetarium and Science Centre. A good friend of the late Sir Patrick Moore, Dr Mason has also found time to appear on television as a guest in The Sky at Night at least 15 times.

We only planned to spend an hour with Dr Mason, but as soon as he began talking, we were enthralled. His passion for the Northern Lights and the science behind them is infectious.

His tremendous enthusiasm is apparent as soon as he begins to speak. Over the next three and a half hours, he taught us everything there is to know about the Northern Lights, with diagrams and a slide show of some of his amazing aurora photography thrown in for good measure.

Q: When did you first become interested in the Northern Lights?

Dr Mason can pinpoint the exact moment he first saw the Northern Lights – it isn’t something you can easily forget. In 1972, he saw his first ever auroral display from his home in Sussex. “I’d been interested in astronomy since the age of 7 but I had never seen the Northern Lights. On the 5th August 1972, there was a great auroral display visible right across England. I lived in a very dark, rural area and used to go out most nights to look at the sky. On that night, I saw this arc across the sky. I didn't know what it was, but I watched it and saw it changing, then realised it must be the Northern Lights.”

This left a profound impression on Dr Mason, and it was the start of his love affair with the lights in the sky. “That was the first time I saw them, and I’ve been fascinated by them ever since. I started going to the Arctic a lot when I was about 30 years old, making regular trips taking people to see the Northern Lights.”

That was the first time I saw them, and I’ve been fascinated by them ever since. 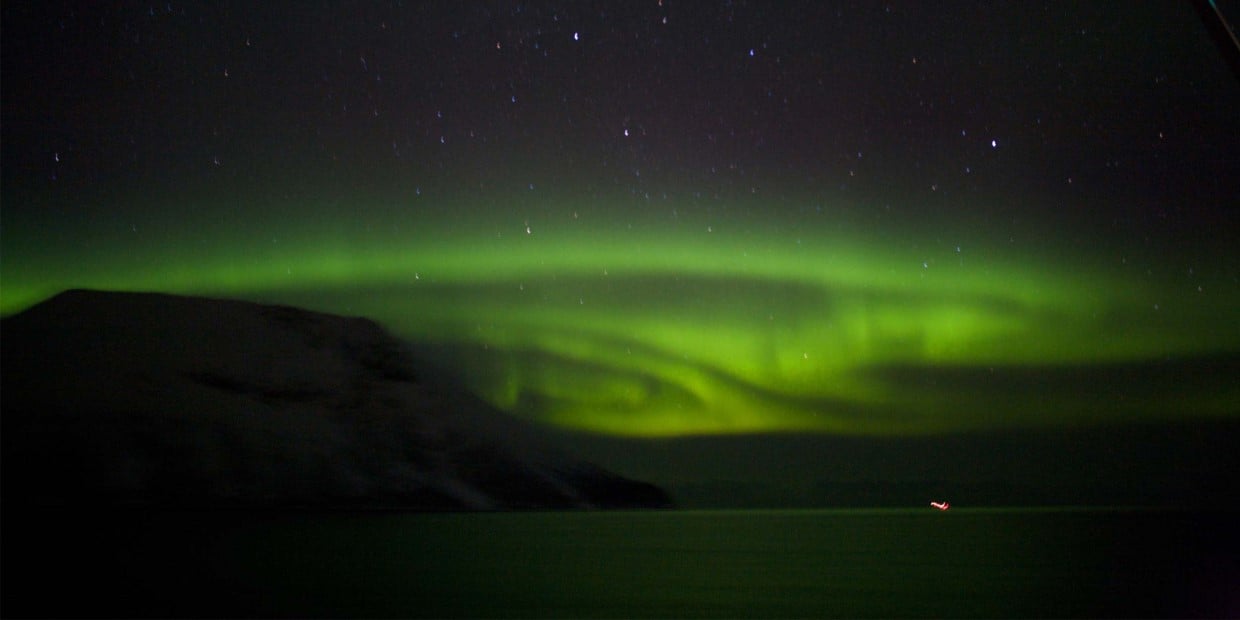 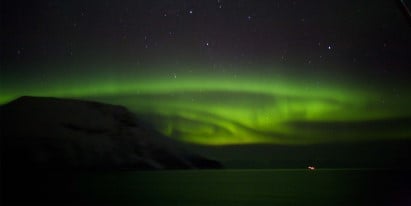 Q: What’s so special about the Northern Lights?

The Northern Lights consistently appear near the top of “bucket lists” but what makes them so special? Why should people choose to go to the Arctic instead of the beach? Dr Mason explains, “The Northern Lights are one of nature’s great spectacles. One of the allures of the aurora is that it’s so unpredictable.”

If you’re lucky enough to catch a glimpse of the lights, the display will be unique. Dr Mason continues, “It’s comparable to snowflakes; there are millions of them but no two are identical. All auroral displays have similarities -  they may start in a similar way, they may develop in a similar way, but no two will ever be the same.”

Legends in the lights

Throughout history, the Northern Lights have inspired awe and sometimes fear in the people who witness them – and many myths have grown up around them. “There are so many legends surrounding the auroras. The legends show that people couldn't understand what was going on so they did what humans always do; we relate it to our experiences by seeing familiar shapes in the lights. All the stories relate to human perception.”

We asked which of these legends most catches Dr Mason’s imagination. “A lot of the auroral structures resemble arches and rayed arcs in the sky. This led to the legend that it was a bridge between Earth and Heaven. The rays, which move along the ‘bridge’ right to left, were believed to be the souls of people who’d died making their way to heaven.”

The northern lights are comparable to snowflakes; there are millions of them but no two will ever be the same. 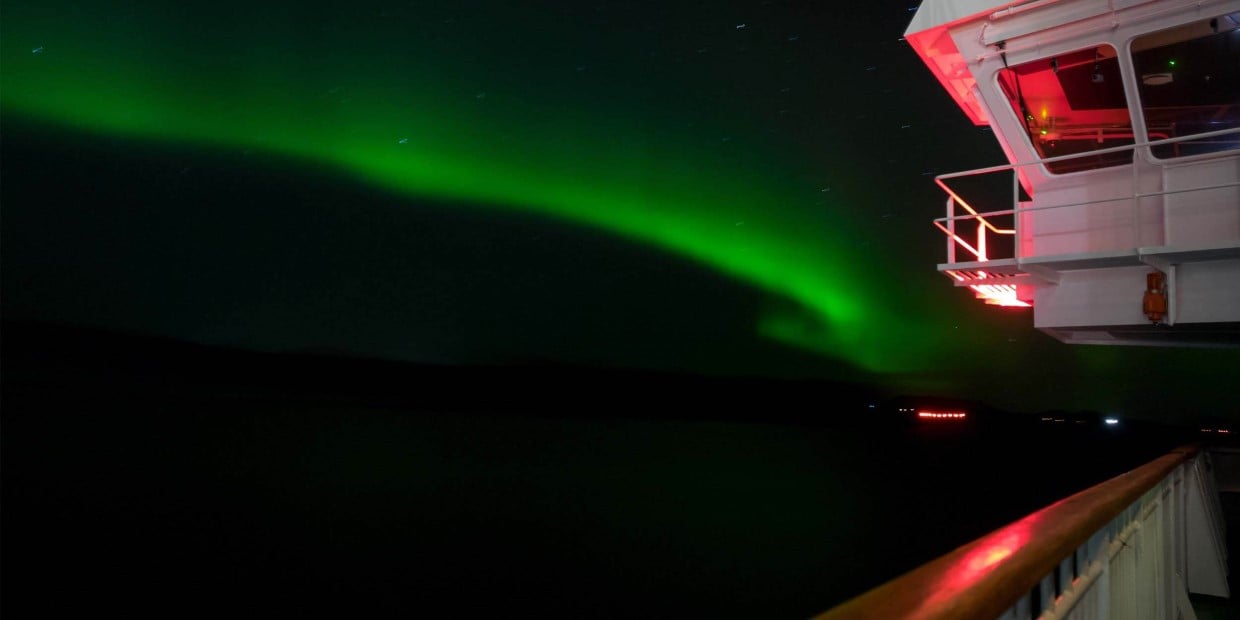 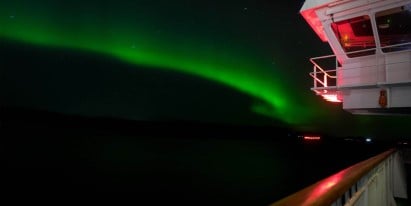 Q: Why should people choose Hurtigruten?

With so many ways to see the Northern Lights, we asked Dr Mason why he thinks a cruise along the Norwegian Coast with Hurtigruten is one of the best.

“The weather plays a huge part in whether the Northern Lights are visible. You can never guarantee there will be a clear sky but the weather in the Arctic is changeable on an hourly timescale. On a Hurtigruten voyage, the ship is travelling between 12-14 knots per hour, and these weather changes are accelerated. Subsequently, the ship will pass under clear patches of sky, providing many more opportunities to see the Northern Lights.”

“Another advantage with Hurtigruten is that you sail north along the coast of Norway into the Arctic Circle and right underneath the auroral oval. This gives you a different perspective of the Northern Lights depending on your location. It also means you’ll be much more likely to see the Northern Lights as you will be spending so much time in the auroral zone.” 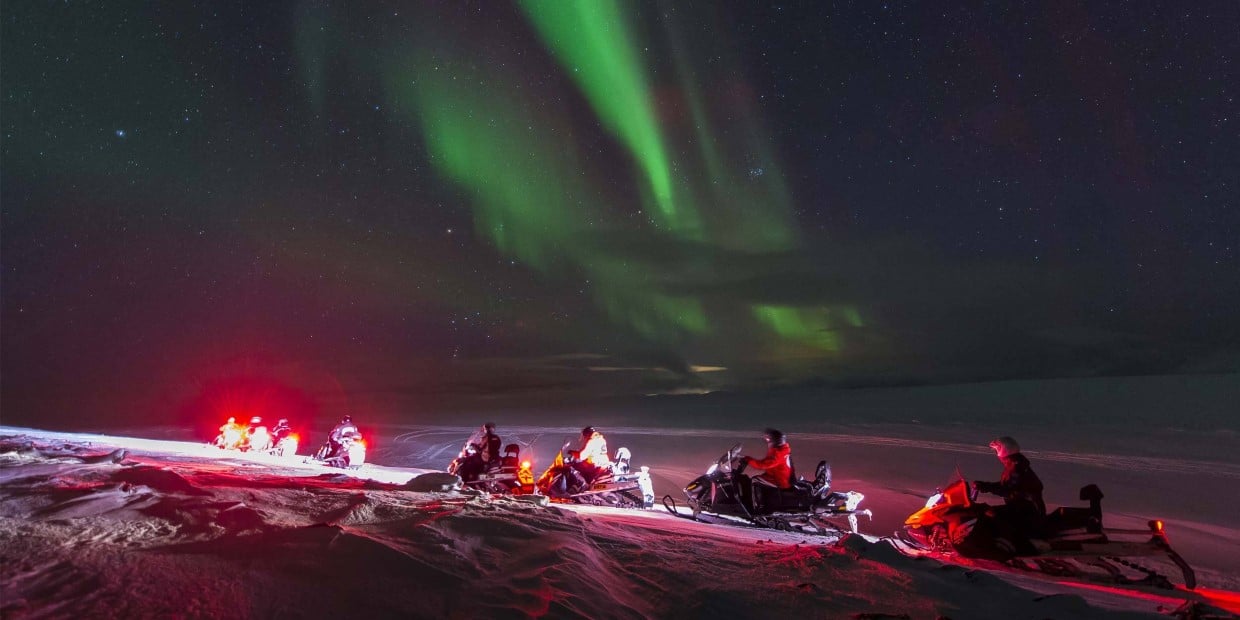 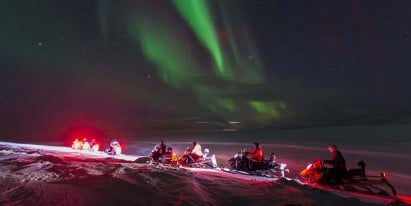 Q: What do you wish people knew about Hurtigruten’s Astronomy Voyages?

“A lot of people are of the impression that if you go to the Arctic in winter, it will be dark 24 hours a day and you won’t be able to do anything. What I’d like to tell people is, yes, it’s the Arctic winter but that doesn’t mean you will be in total darkness. During the Arctic winter, the sun sits on the horizon, creating a beautiful twilight. Seeing the beauty of the Norwegian coastline in winter, with snow and ice and the beautiful silvery twilight on the water and the mountains is a fabulous experience.”

Even Dr Mason admits, a Hurtigruten cruise offers much more than only the Northern Lights.

Catching a glimpse of the Northern Lights is an amazing experience, but it’s not the only incredible adventure on a Hurtigruten voyage. Dr Mason explained that there is much more to do than look up at the sky.

“There are plenty of opportunities to get off the ship and explore parts of Norway people wouldn’t ordinarily see. From the ship, you can book some fantastic experiences, like visiting the Sámi people, the Snow Hotel or the Midnight Concert in Tromsø. For the more adventurous, there’s dog sledging or snowmobiling. And RIB (Rigid Inflatable Boat) Trips from the ship take people out to see rare sea eagles and tidal bores.”

Stepping off the ship gives you the chance to experience the real Norway, and by joining the excursions, you’ll get a feel for the Norwegian way of life, beyond the Northern Lights.