The many sightings of the aurora borealis in Europe through time has given us a rich trove of myths and tales.

Before man could explain the origin of the auroras through science, people invented stories to make sense of their existence. While the Northern Lights are most frequently and intensely seen in the Auroral Oval above the Arctic Circle, they do also make occasional appearances further south, when there’s a burst of solar activity. Across history, there have been many auroral sightings in Europe, which has given us a rich trove of myths and tales.

When the aurora appears further south in Europe, the lights often take on a deep, reddish hue. It would explain why in continental Europe, many considered the dancing, blood red streaks of the Aurora to be an evil omen. When the lights appeared as an ominous, crimson presence in the skies above Europe, they were often seen as a portent of war or other dangers. 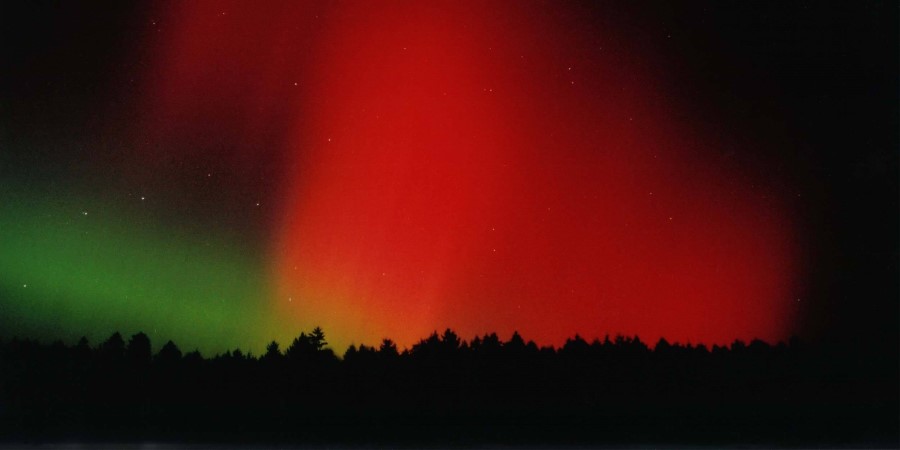 For instance, in the late 18th century, the onset of the French Revolution threw the country into turmoil. In the weeks before the monarchy was overthrown, a bright red Aurora was seen in the skies over England and Scotland and people reported hearing huge armies battling in the skies. The frightened onlookers believed it foretold of impending war and death.

The Scots called the Northern Lights “Merry Dancers”, but, despite the cheery name, the ‘dancers’ depicted fallen angels or sky warriors engaged in an epic battle. In the Hebrides, bloodstones are a common sight. These beautiful green heliotropes are speckled with red. The Scots believed these red specks were drops of blood that fell from the sky onto the stones as the Merry Dancers engaged in battle.

Not everybody saw the Aurora as a harbinger of doom. Many northern European cultures viewed the sight of the aurora as an auspicious sign. Estonians believed that the aurora lighting up the skies were wonderful sleighs taking guests to a spectacular wedding celebration in the heavens.

Often, the myths explained the lights using stories about animals and nature. Some spoke of the aurora appearing when whales were playing games, while the Danes believed the lights were caused by swans competing to see who could fly further north. According to legend, some of the swans became trapped in the ice and as they tried to escape, they flapped their wings creating flurries of light in the sky.

Swedish fishermen looked forward to seeing the aurora, as they thought the lights were the reflections of giant schools of herring swimming nearby. For them, an aurora sighting brought good fortune and the promise of a hefty catch.

In Greco-Roman mythology, Aurora is the personification of the dawn, and the sister of the sun and the moon. The ancient Greeks and Romans believed that every day Aurora raced across the sky in her chariot, alerting her brother and sister to the breaking of the new day. Watching the Northern Lights stretch across the sky, it’s easy to imagine how this story took form.

These are just a few of the many myths and legends that have been told by Europeans over the centuries as people tried to make sense of the Northern Lights. Join us on a Hurtigruten Northern Lights cruise to hunt the aurora for yourself, or learn more about the science behind the lights.

Learn everything you need to know about nature's own mesmerizing light show, the Aurora Borealis, and how to see them.