Explore Trondheim while learning about its history and culture from a local guide. See all the best sights of the city, from Stiftsgården to the bridge that locals call “The Portal of Happiness”.

Join us on a guided walk through Trondheim and get ready to learn all about this historical city. We’ll begin at the harbour which was developed during the second half of the 19th century, before walking up to Stiftsgården, the royal residence in Trondheim. Continuing on to the market square, you’ll be able to take a closer look at the towering statue of the city’s founder, Viking King Olav Tryggvason.

From here, we’ll walk to Nidaros Cathedral, where you’ll get a chance to step inside Norway’s national shrine, and the world’s northernmost cathedral. Get your camera ready as we pass the old city bridge Gamle Bybro, with its red, pointed archways. The bridge is known to the locals as “The Portal of Happiness”, a nickname coined in a popular waltz by 20th century Norwegian singer and composer Kristian Hoddø. Enjoy the view of the colourful wharves along the river Nid before we make our way back to the pier. 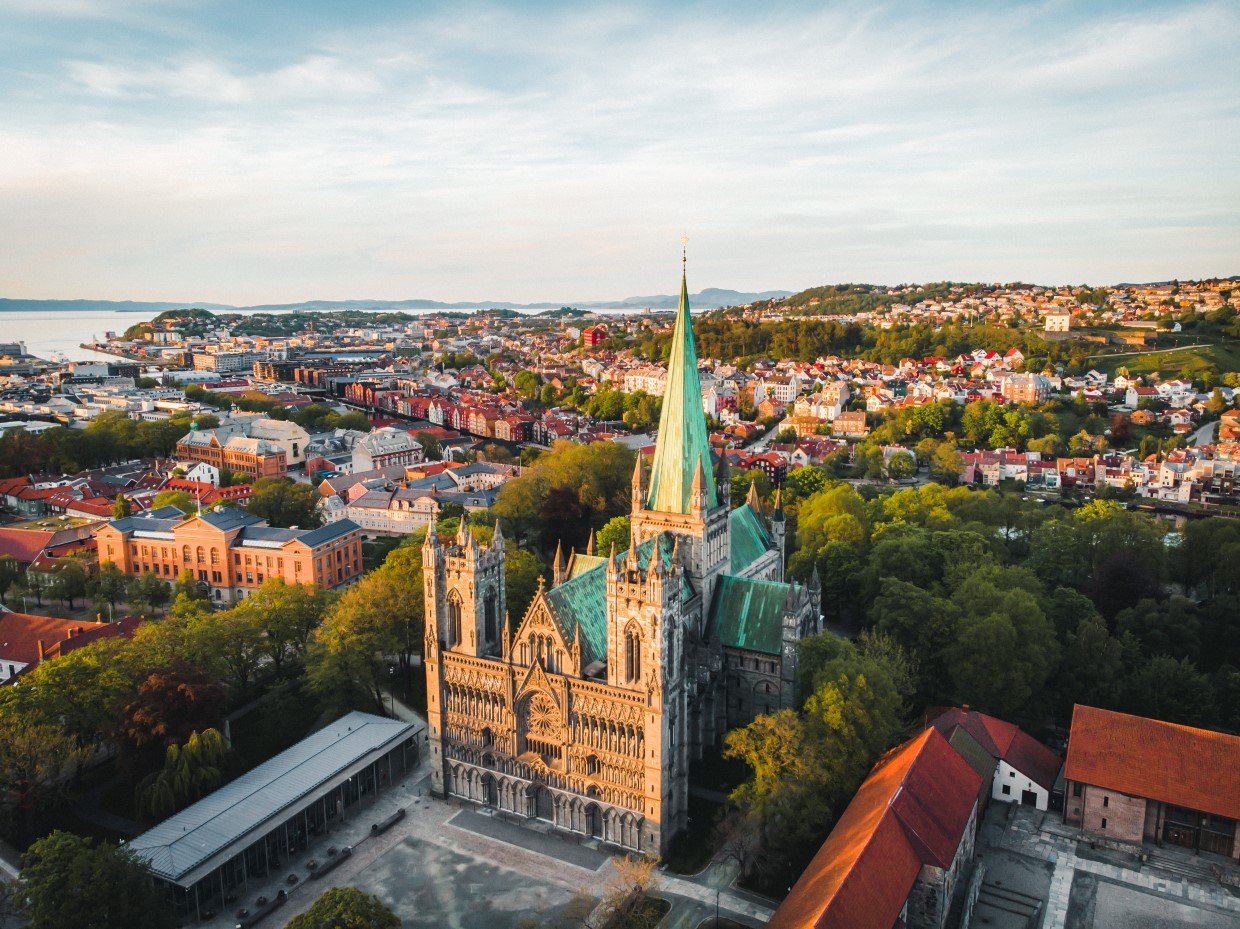 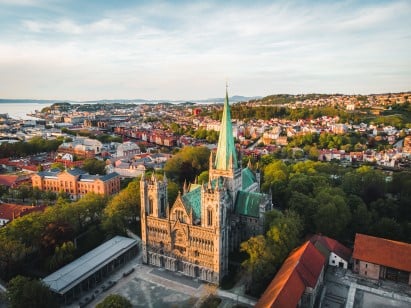