On this expedition cruise, you’ll explore a variety of vibrant coastal cities and towns along Chile and Peru’s Pacific Coast, from UNESCO-listed Valparaíso to La Serena, Iquique, Arica and finally Paracas. Next, fly from Lima to Cusco in the Sacred Valley and explore the many archaeological Inca sites of the area, including magnificent Machu Picchu.

Your expedition cruise starts in the colourful Chilean city of Valparaíso and sails to La Serena, full of neo-colonial architecture and charming churches. In Iquique, you’ll head into Atacama Desert, driest in the world, to visit the old saltpetre mining town of Humberstone. Arica’s sun-drenched beaches are best viewed from atop its iconic El Morro cliff while Paracas in Peru is the place to try some pisco grape brandy, a speciality of the region.

Leaving the ship in Lima, you’ll fly to Cusco and on to your hotel in the Sacred Valley. The following morning, you’ll explore the fortress of Ollantaytambo before boarding the luxury Belmond Hiram Bingham train to ever-impressive Machu Picchu. Wander the ruins, admire its awe-inducing setting, and imagine what life must have been like here more than 500 years ago. You’ll spend the next day visiting sites around Cusco, such as the imposing Sacsayhuamán fortress, Cusco Cathedral and the Dominican Convent of Santo Domingo which were both built atop an Inca palace and temple. 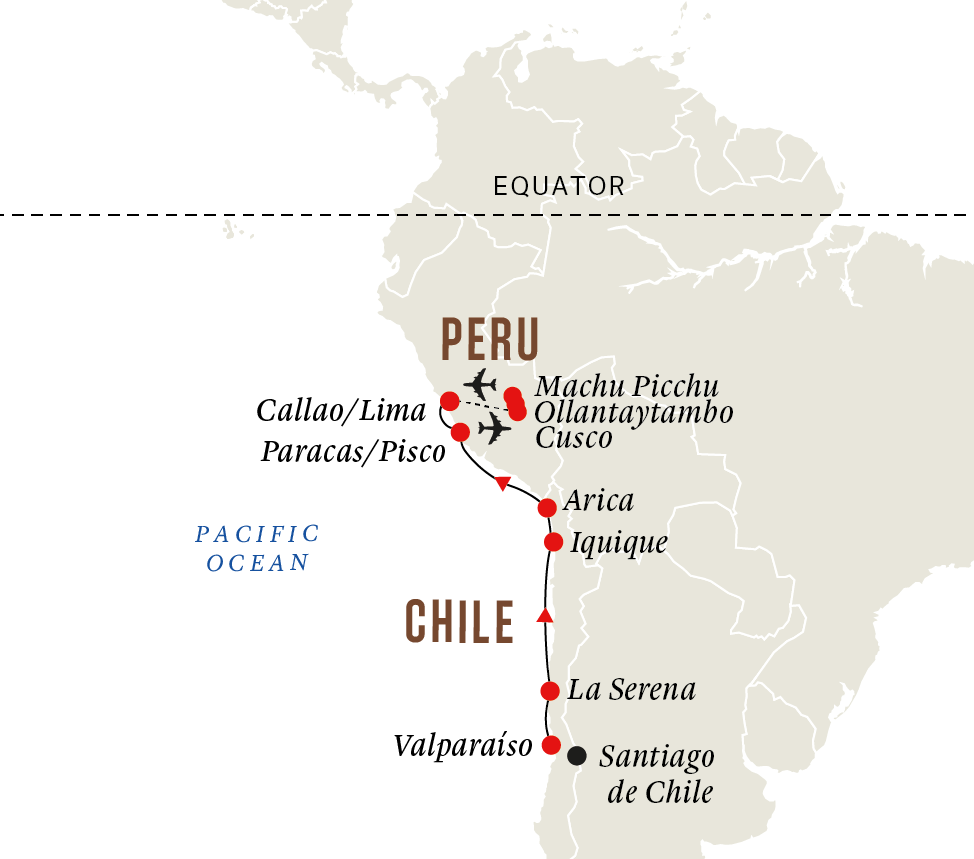 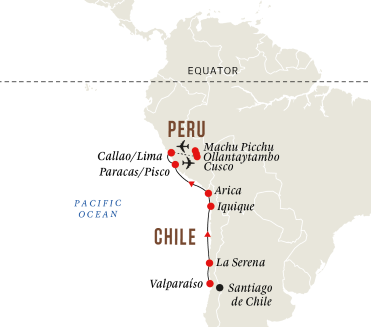