Bringing ocean science on board

Ever since the 1930s, our ships have been collecting data about the waters we sail through, helping scientists to improve their understanding of the sea.

An unassuming grey box sits in the engine rooms of some of our Coastal Express ships. As the ship sails the Norwegian coast, the sound of a small pump can be heard each minute, sucking up seawater from outside and into the mysterious cabinet through a small intake.

This is the FerryBox measuring device. Housed within its casing are a variety of fascinating sensors that analyse seawater temperature, salinity, oxygen, chlorophyll, organic carbon, particle content, and other important ocean variables.

As part of a global initiative to learn more about our seas, the data collected by the FerryBox is then transferred via satellite back to The Norwegian Institute for Water Research (NIVA). Researchers there then pore over the figures to monitor and understand variations in the marine environment. The data is key in making more accurate models and in predicting the state of the seas in the future.

Kai Sørensen, Senior Researcher at NIVA, was one of the first people to introduce the FerryBox to Norway twenty years ago. According to Sørensen, without the cooperation of The Hurtigruten Coastal Express, this important research would be much harder to achieve.

“The ships are able to collect data on a weekly basis, which makes the results more accurate and speeds up the process. The alternative would have been to use many separate boats to do it, which would have been less frequent”, he says.

The data collected has revealed some poignant discoveries. One of them is the increase in coastal darkening. “On the surface, you might not think a darker looking ocean means anything”, Sørensen says. “But actually, what’s happening is that as winter temperatures get milder due to climate change, freshwater from the inland swamps and rivers trickles out into the ocean, bringing more and more organic material with it,” he explains.

“As the nutrients from the inland freshwater mixes with salt water, it can sometimes lead to larger algae blooms. These in turn can become toxic and poison the nearby fish. We’ve already had issues with this connected to aquaculture in Northern Norway,” Sørensen warns.

He offers some optimism, however. “Thankfully, we’ve got consistent, valuable data from FerryBoxes on The Coastal Express ships. This allows scientists like me to check on seasonal and long-term ocean warming, and the timing and duration of algae blooms”.

Sørensen continues, “The FerryBox is equipped to measure chlorophyll-a fluorescence which correlates to algae biomass. It can also take readings on pH, which is an indicator of the impact of fossil fuels and carbon dioxide on the oceans, known as ocean acidification.”

“We’re also testing one of the latest features of the FerryBox system which allows it to collect microplastic samples along the Coastal Express route. These samples can be further analysed in NIVA laboratories,” he adds.

As a guest on board with us, you have the opportunity to learn about the sea you’re sailing through in more detail. Data from the FerryBox is displayed directly on an interactive touchscreen console located on selected ships, raising awareness about pressing environmental issues.

Sørensen is very happy about the engagement from guests. “We thought they might be interested in seeing how the surrounding sea is doing, but we didn’t expect people to be this enthusiastic! We included information about our research into the consoles, and the guests seem to enjoy taking their time to learn more”, he says cheerfully.

“New technology has made a big difference in our ability to understand the ocean. The data gathered from FerryBoxes on The Hurtigruten Coastal Express has played an important role in where we are today, and it will continue to do so going forward,” concludes Sørensen.

“Combined with advanced research, I believe the data collected will help us rise to meet the challenges of climate change, and be key in navigating us towards a sustainable future.” 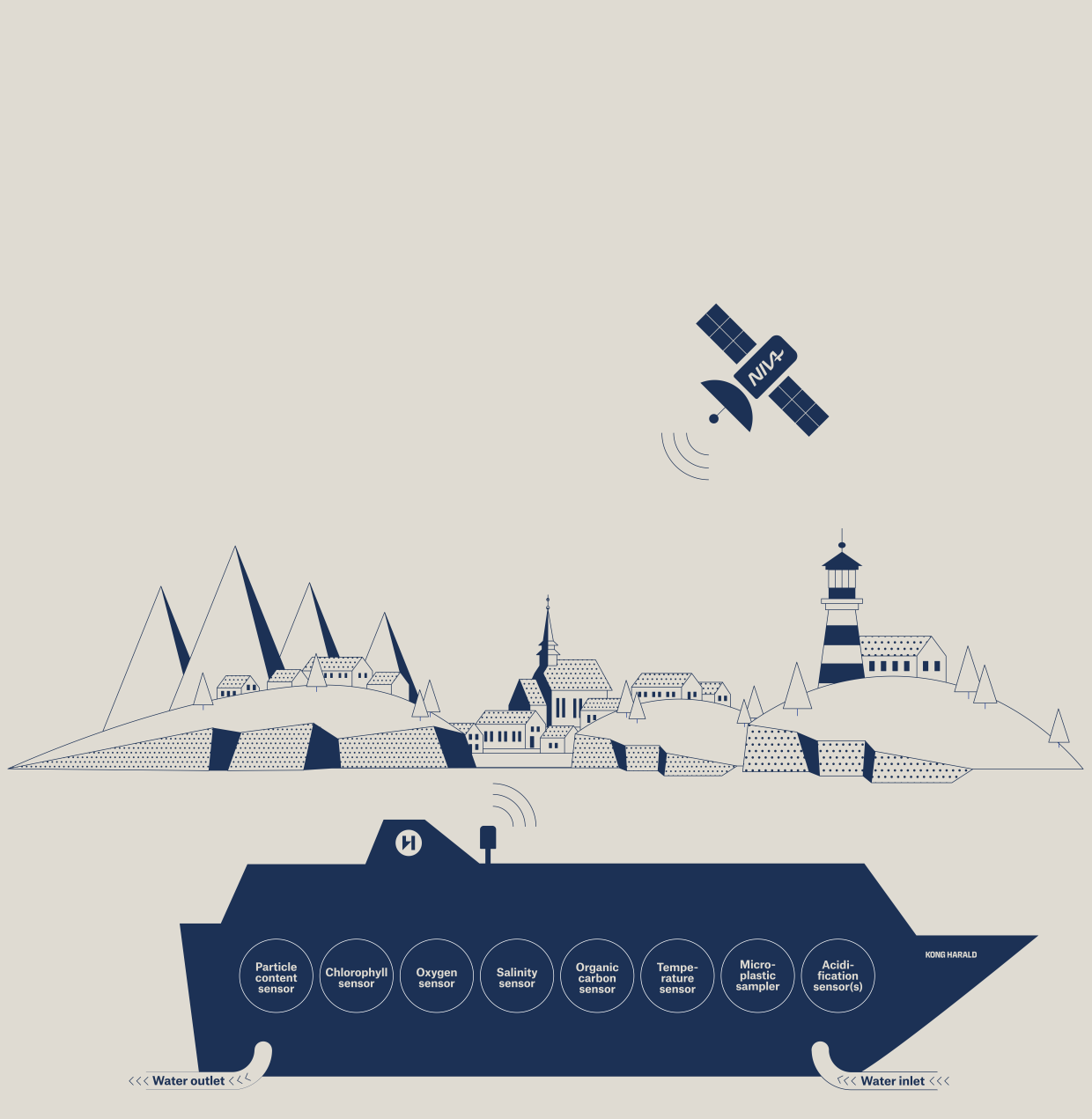 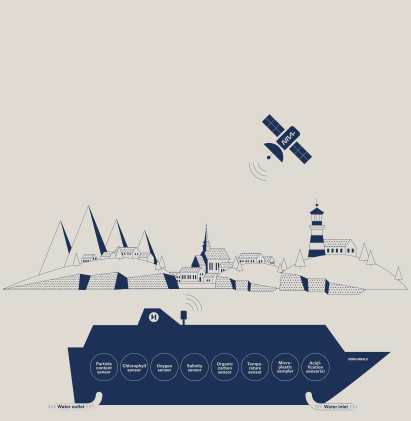