You'll spend time in some of Norway's most picturesque fjords, including Nordfjord and the Lofoten archipelago. We'll sail above the Arctic Circle, where you'll visit Alta, Tromsø and Narvik. You'll round off your Christmas Norway expedition in charming Bergen and cosy Egersund before heading back to Dover. 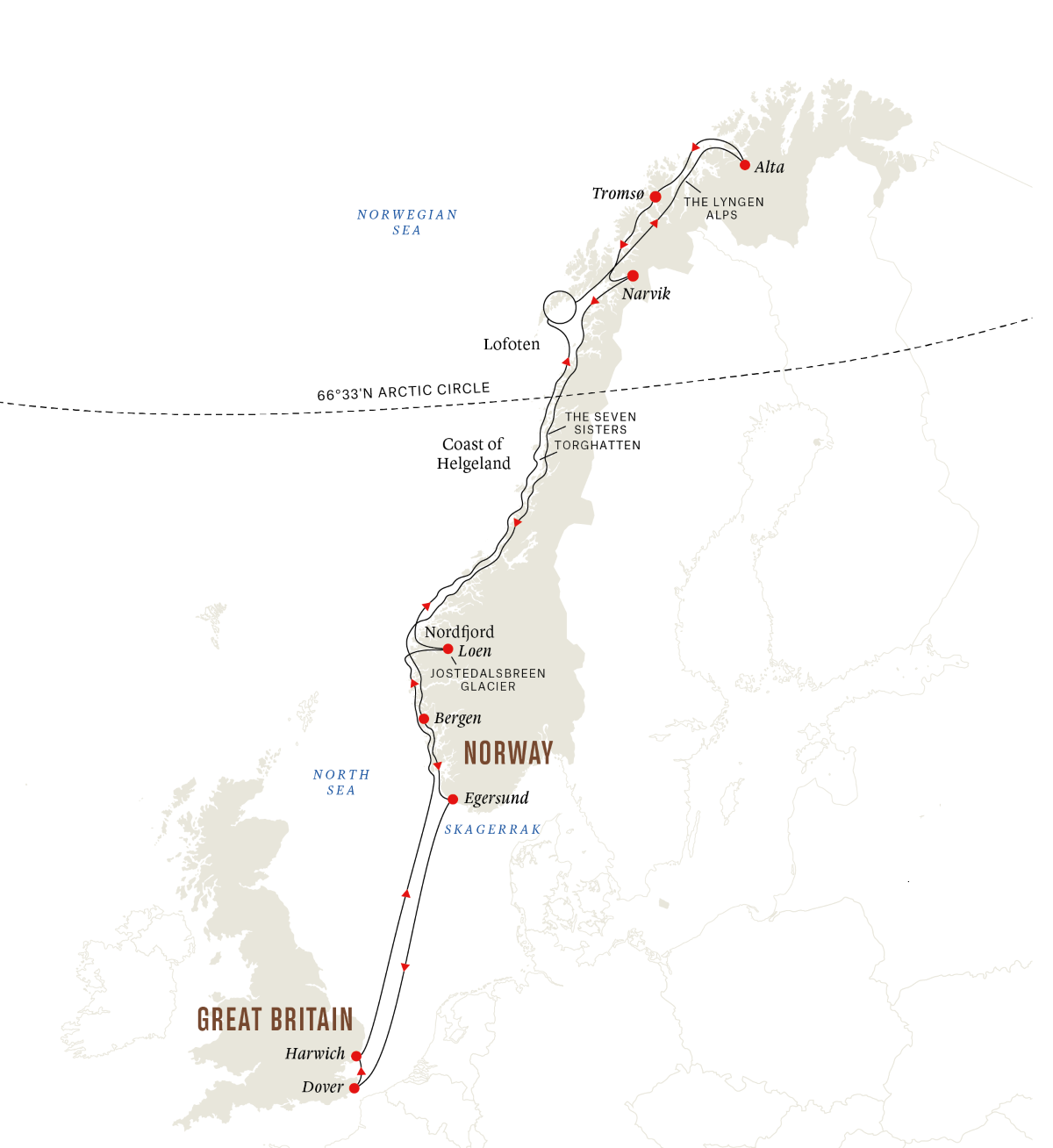 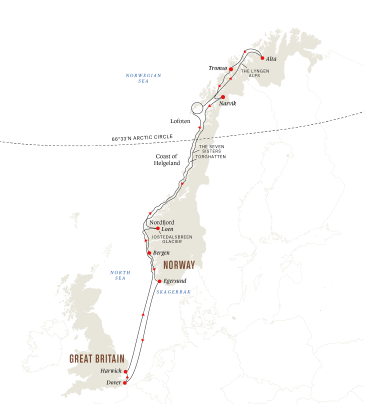 †Please note there is very limited Wi-Fi and phone signal in the remote areas we travel to, and streaming is not supported. 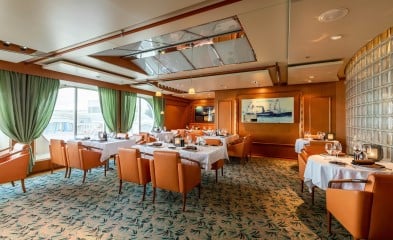