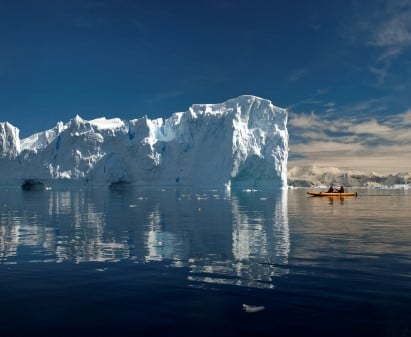 Join us on a bucket-list expedition cruise from Canada to Antarctica as we combine several classic itineraries into a single epic journey. With a focus on science, learning and sustainability, you’ll travel aboard our comfortable expedition ship MS Fram, and follow in the wake of past explorers as we traverse the Americas in all their raw beauty.

From the Arctic to Antarctica

This is an expedition cruise like no other. Starting off in Montréal, Canada, we’ll begin our 66-day cruise from Cambridge Bay in the Arctic, before making our way through the fabled Northwest Passage to coastal Greenland, Newfoundland and Labrador. We’ll turn south through the Atlantic, enjoying an onboard wellness programme and lectures from the Expedition Team, before passing through the Panama Canal to the Pacific.

After paying a visit to an indigenous tribe in the little-visited Darien region and exploring the remote Isla de la Plata, we’ll continue down the Pacific coast of South America. Here, we’ll experience a mix of culture and nature, exploring Colombia, Ecuador, Peru, and Chile before witnessing the ethereal splendour of Patagonia, and – finally – the pristine otherworldly beauty of Antarctica.

Your onboard Expedition Team have a passion for guiding, and they’ll inspire you throughout, ensuring your cruise will be as adventurous, educational and ecologically sustainable as possible. Along the way you can learn yoga and meditation with our highly trained staff during your cruise as we focus on your wellness. 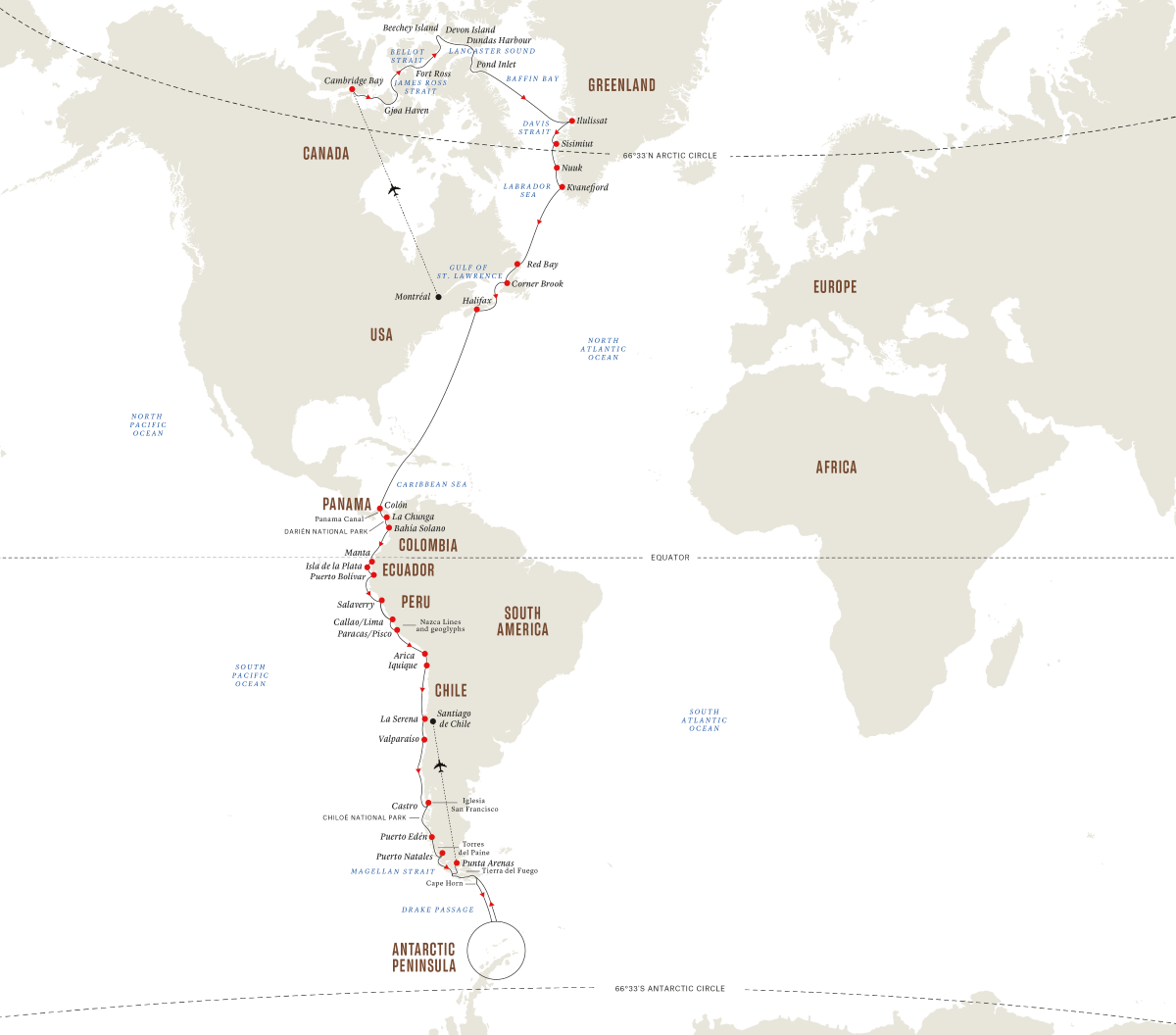 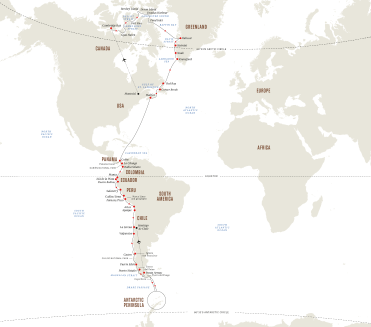