Embark on this ultimate voyage sailing from Dover as we discover the splendours of the British Isles. With over 127 years’ experience of expedition cruising, we will expertly take you to often inaccessible places in England, Wales, Northern Ireland, the Isle of Man, the Republic of Ireland, Scotland and the Hebrides.  We visit picturesque villages and towns, isolated islands and discover wonderful wildlife on our adventure.

Highlights include the fishing village of Fishguard with its quaint harbour and isolated islands such as Rathlin Island, home to Northern Ireland’s largest seabird colony, before reaching the remote beaches on the Isle of Iona.  During our time in Scotland, we visit the bustling Hebridean harbours of Stornoway and Portree, famous Fort William and Islay, land of whisky.  On our way back down to the South of England, we discover the enchanting archipelago of the Isle of Scilly, the attractive Cornish town of Fowey and the Isle of Portland along the dramatic Jurassic Coast.

Our knowledgeable and experienced Expedition team are on hand to ensure you make the most of your time on board as well as ashore. They will share their extensive knowledge and give you a richer and deeper understanding of the places and things you experience along the way. 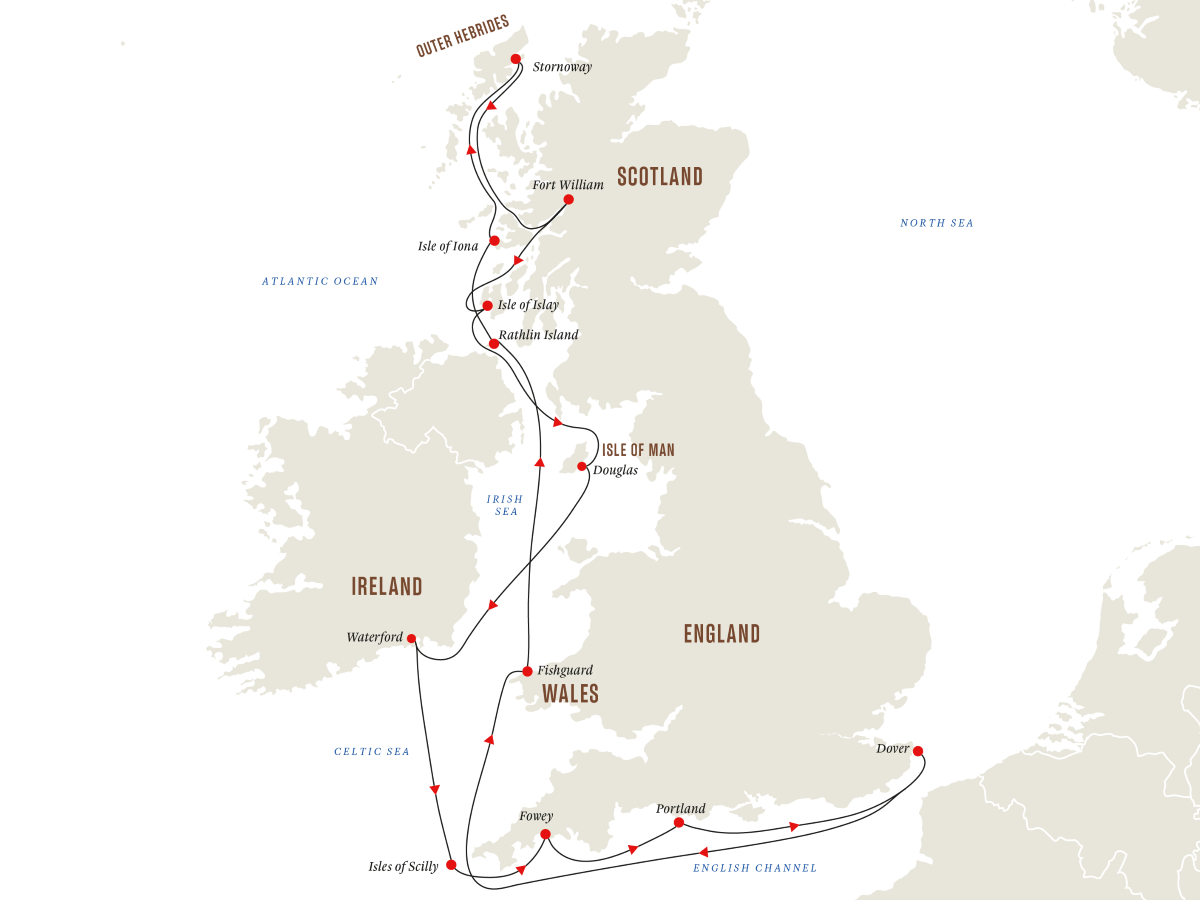 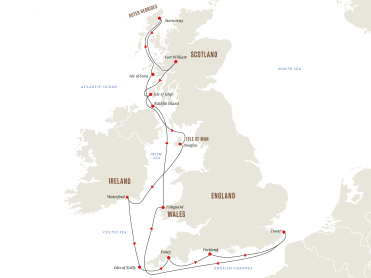