Meet the Penguins of Antarctica - seven types of penguins

Penguins are one of the first animals that come to mind when people imagine Antarctica. However, of the 17 species of penguins in the world, only seven can actually be found in Antarctica itself. Learn more about the penguins of Antarctica!

Three of those seven species only live on Antarctica for part of the year, but the other four spend their entire lives on the icy continent. The rest do live in the southern hemisphere, but not nearly so far south - in fact, one species of penguin actually live near the equator. The snow bird image we have of penguins may be a bit misleading, but you're still likely to see penguins close to the South Pole. 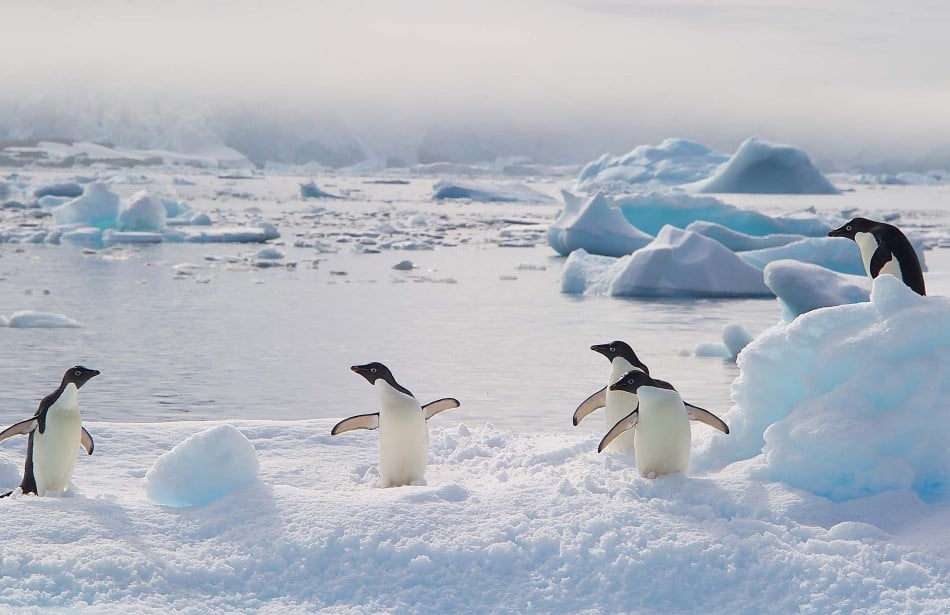 A colony of Adelie penguins in Antarctica
Photo: Dominic Barrington

Adelie penguins spend the winter in the seas surrounding the Antarctic and the rest of the year on the many small coastal islands. Adelie penguins are much easier to spot from spring to autumn - during winter, they spend most of their time in the water along the coast.

These penguins mostly eat small sea creatures like krill, but have been known to hunt little fish and the occasional squid, as well. Male and female Adelie penguins are almost impossible to tell apart, and their lifestyle offers few clues - they're particularly egalitarian, with both parents taking an equal share of the childcare. These cute creatures are actually amazing divers, and have been known to plunge as deep as 575 feet in search of food. That's not even the extent of it - in fact, Adélies may travel 185 miles round-trip to find a meal.

If you imagine the markings on these penguins' head are a teeny tiny helmet, you'll understand their name. They have a little band of black feathers that run from the black markings on top of their head, through the white underside of their chin and back up - exactly like the chinstrap of a bike helmet.

Their breeding practices could be straight from a penguin soap opera. Male chinstraps race to find the very best nests, and then wait for their mates to arrive. If a male can't find a nest to his liking, he may try to force couples who have settled in out of their nests. Once he has a nest, he'll give his mate five days to show up, and then he's moving on. If his original mate catches him with another lady however, the female penguins will fight over his affections. It's all very dramatic.

Gentoos are the speedsters of the penguin world. Although they're not strong runners, they can take off in the water: When diving, they've been known to reach speeds up to 22 miles per hour. They spend the majority of their day hunting krill, squid and fish.

These birds are slightly larger than the average penguin, but far smaller than emperors. Still, they're the third-largest penguin species and usually weigh around 12 pounds.

King penguins look similarly to emperor penguins, with colorful plumage accentuating their black-and-white pattern. It's worth noting, however, that the black of the king penguin is not as dark as other penguin species, and could possibly be described as dark gray.The second-largest species of penguin is the king penguin.

King penguins are found much further north than emperor penguins, and they only spend part of the year on Antarctica itself. They breed in large colonies, but may leave the chicks unattended during winter. It is during this time that many King penguins can be found traveling to the northern part of the Antarctic Peninsula. 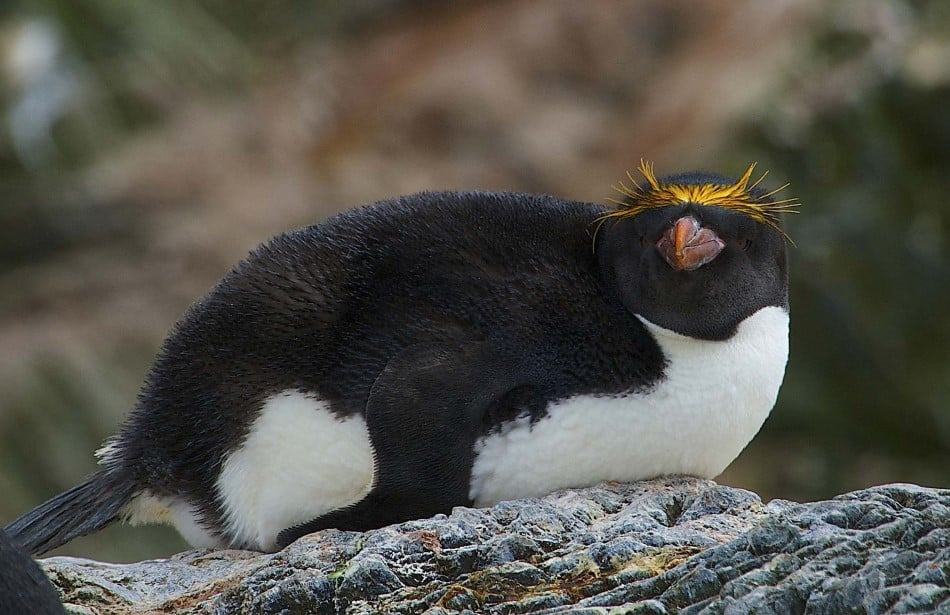 If emperor and king penguins are classy, macaroni penguins are eccentric. Small and stout, their most recognizable feature is their bright, spiky, orange eyebrows. These eyebrow-like markings (called crests) are actually fairly common in the penguin world, but they're usually a light yellow color.

There are plenty of macaroni penguins around - in fact, there is reason to believe they are the most abundant penguin species. The don't live on Antarctica all year around, but when they travel to their furthest south points, they may reach some of the islands surrounding the continent. 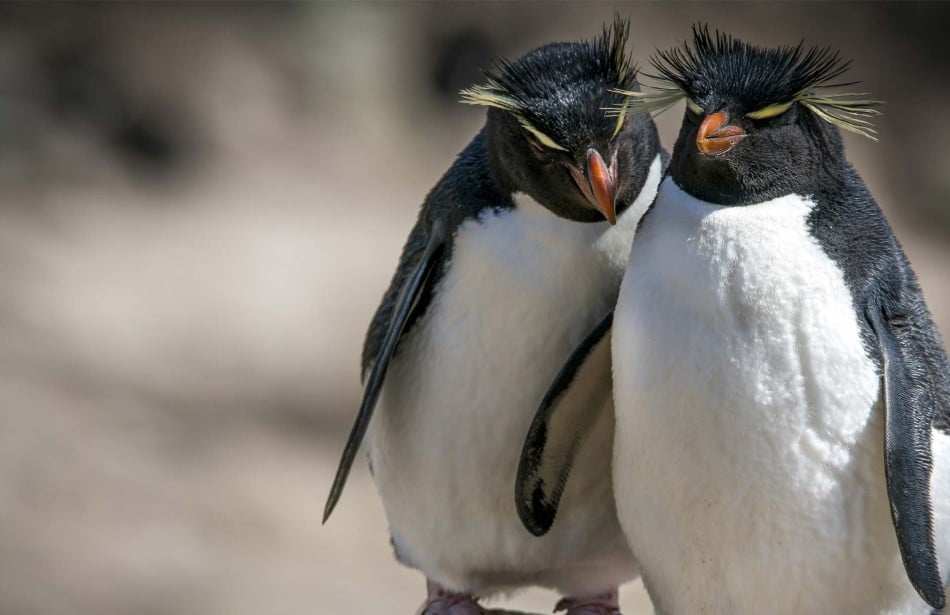 The rockhoppers are one of the more ornate penguins, decorated with yellow eyebrow used to attract a mate. Normally, these ice-loving birds stand 16 to 18 inches tall and are found swimming between sub Antarctic islands. Watch them shake their heads extremely fast so their yellow brow looks like a halo.

These penguins get their names from their distinct method of moving around. As the name suggests, they like to hop from stone to stone in the rockier parts of the northern Antarctic islands. Although they never travel far south enough to be found on Antarctica itself, travelers may still catch a glimpse of them on their way to the south pole.

Emperor penguins are the largest, boldest and most well-dressed of all penguin species. They're impressively huge, reaching heights of around 4 feet and weighing up to 100 pounds. This leaves them towering over other penguins. They also have the most picturesque markings - in addition the the expected penguin tuxedo, they also have bright yellow and orange plumage along their heads, necks and chests.

These penguin behemoths use community to get through the Antarctic cold. They huddle together for warmth and take shifts standing on the outside of the huddle. This way, everyone has a fair chance to be at the warmest spot deep inside. The most interesting thing about emperor penguins, however, is their breeding habits. They breed entirely on sea ice, and most emperor penguins never actually step foot on land.

Please note: the Emperor Penguin colonies are located in the south of Antarctica in areas that Hurtigruten do not travel.