There isn't much life in the Antarctic. The icy, cold and dark continent is not a pleasant habitat for most animals on the planet. Still, some animals have managed to fight the harsh and rough climate of Antarctica. Apart from a few herbivorous Antarctic creatures, all animals on the southernmost continent are predators.

Antarctica wildlife – a continent covered by ice, water and snow

There isn't much life in the Antarctic. Because the continent is almost entirely covered by ice and snow, there's no real room for plants to grow. There are a few mosses and grasses that survive in the harsh conditions, and two flowering plants. Otherwise, plant-life is nearly nonexistent on land.

The water is a different question: Phytoplankton are able to survive in the cold waters, and get their energy from the sun. Krill eat the phytoplankton, and apart from some zooplankton and bottom-dwelling creatures, that's basically the summary of herbivorous Antarctic creatures; everything else is a predator.

What animals live in Antarctica?

We have collected an overview of the four most prolific hunters on Earth's southernmost continent, but also other animals who live in Antarctica.

There are four types of seals that live in the waters surrounding Antarctica: leopard, crabeater, Weddell and southern elephant. All seals are fairly slow predators that hunt by waiting in places their prey is likely to appear. Most of them are unlikely to pay humans much mind at all - except for the leopard seal.

This seal, named for its characteristic spots, has been known to become aggressive with humans in small boats. They're fierce predators and are perfectly happy to eat anything. Although they don't attack humans often, it's best to give leopard seals a wide berth. 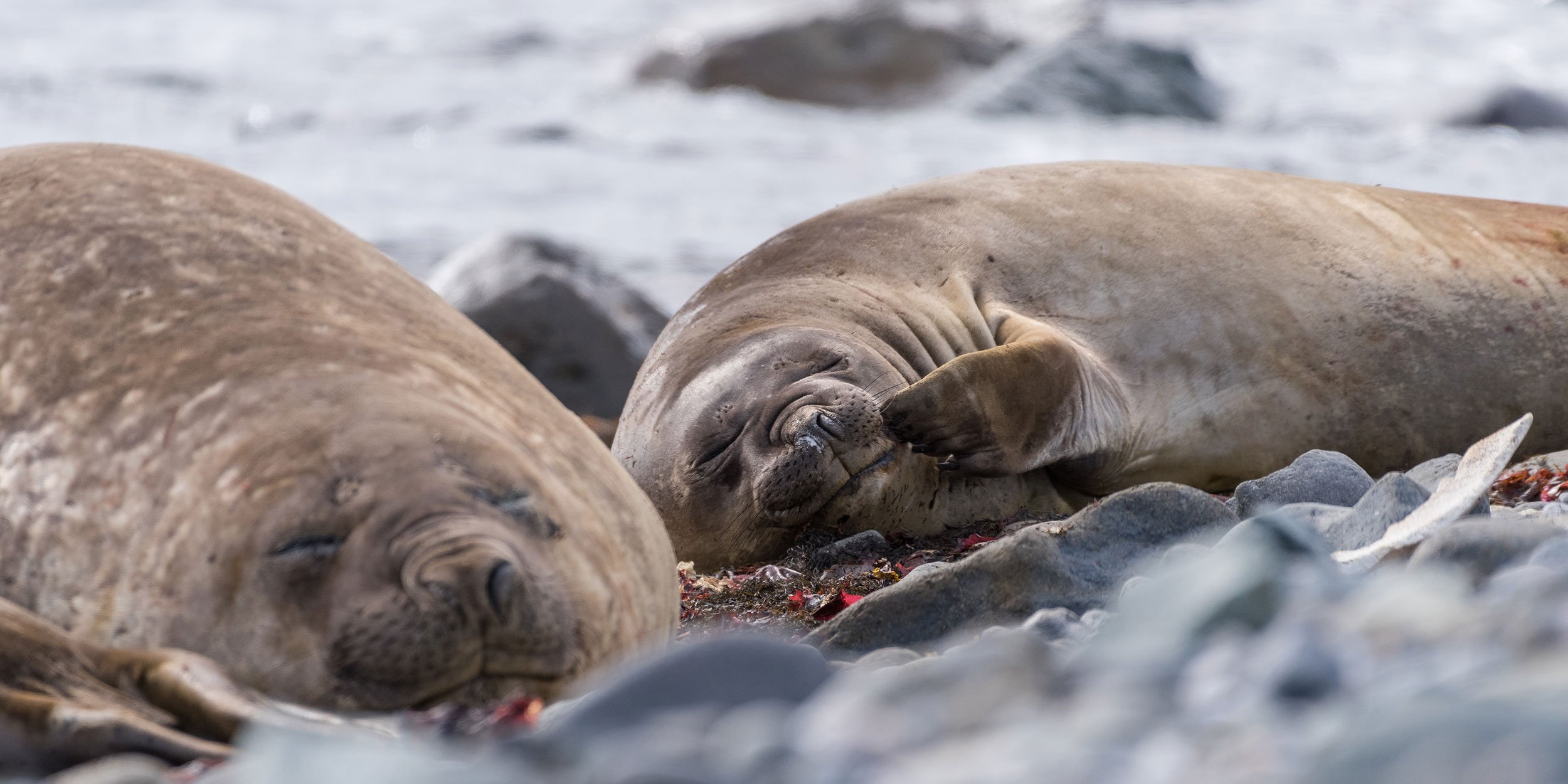 During the summer, Antarctic waters are full of many different types of whales looking to eat fish, squid, penguins and plankton. Killers whales are one of the species travelers might be able to spot on their trip. These are the most aggressive and ambitious hunters, as their sights are set on seals, sea birds and other whales. They're perfectly capable of taking down creatures that are much larger than they are, provided they hunt in groups.

Despite being aggressive toward other wildlife, killer whales aren't known for attacking humans in nature. Some killer whales in captivity have attacked their trainers, but generally speaking, humans aren't at any particular risk around these creatures.

Other whale species that travel south for the summer include humpback, orca and the largest animal on earth, the blue whale. 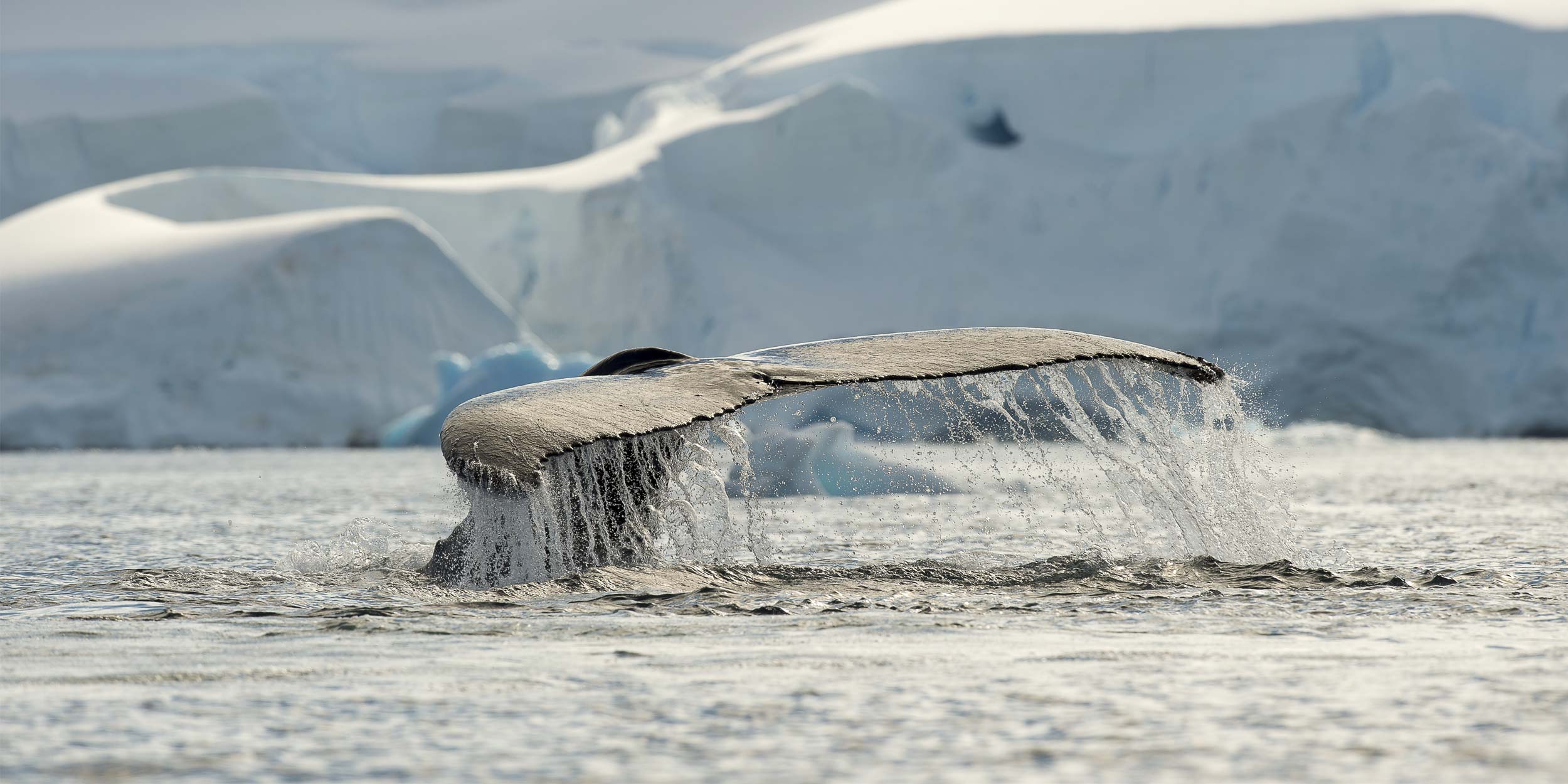 The world's favorite awkward Antarctic creature, penguins mostly eat krill and very small fish. They spend most of their time in the water, but usually come on land to mate and raise their chicks.

Although Antarctic penguins don't think of humans as a threat or a meal, it's still best to exercise caution when around them. They're not shy around people, and may come right up to you - still, they can and do bite, so it's wise to treat them the way you would any other wild animal. 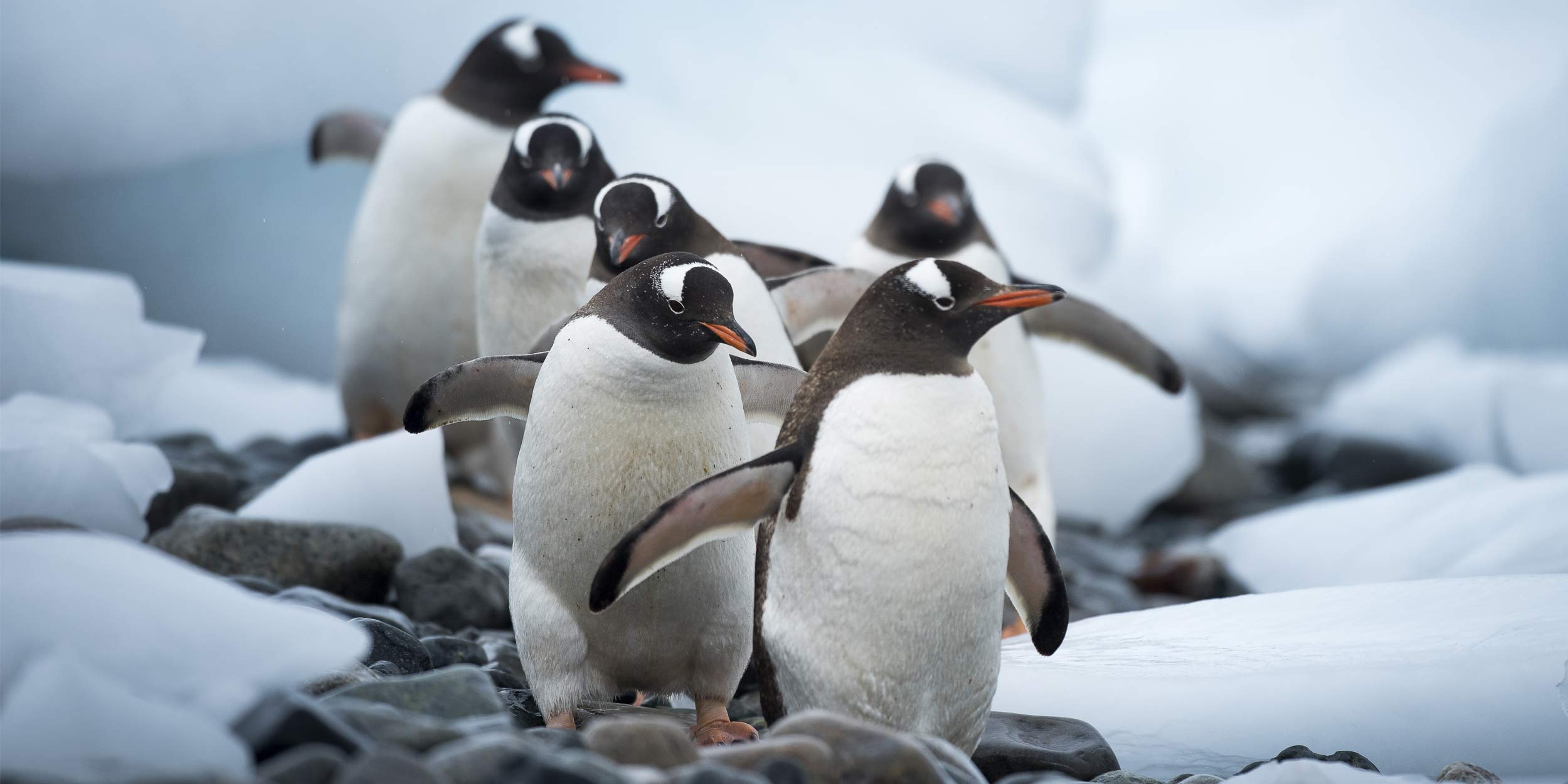 Antarctica's only true land predators fall solidly under the "creepy-crawly" category. These tiny bugs are fascinating because they're the only creatures that can survive on Antarctica's surface. They handle the winter by going into hibernation - they stand perfectly still, and their blood works to keep them from freezing. This mechanism allows them to make it through to summer, when they get back to eating the smaller bugs.

Other animals in Antarctica

While no land animals live in here, the surrounding ocean is home to an array of animals that visitors on Antarctica cruises might not expect to see. From albatross to leopard seals to the blue whale, these cold seas brim with life.

Distinguished by its atypical combination of a white head and black brow, the black-browed albatross is a stunning sight. These giants have the longest wingspan of any bird - up to 11 feet. Since they're rarely seen on land, albatrosses use their wide wings to ride the ocean winds and sometimes glide for hours without a flap of their wings. They drink saltwater too, so they don't need to worry about stopping on land, except to mate and raise their young. Many of these winged wonders can live as long as 50 years.

Yes, these are killer whales, but they're not part of the whale family. Instead, the toothed mammal is largest member of the dolphin family and is highly social, traveling in groups called pods. Like dolphins, orcas use echolocation - bouncing sound off of objects to determine their location - to feed on fish, squid, birds and other animals. When born, a calf weighs up nearly 400 pounds and measures up to 7 feet in length.

The leopard seal is named for its spotted fur coat. Famous for their fierce nature, these animals are one of the primary predators in Antarctica, using their powerful jaws and long teeth to hunt fish, squid, penguins and even other seals. If voyagers on the cruise in Antarctica are lucky, they might catch a glimpse at a seal snare a bird as it enters the cold waters. Fascinatingly, leopard seals have no ear flaps, but rather hear from the inside.

As the beasts of the sea, blue whales grow as long as 100 feet and weigh more than 120 tons. In fact, their tongues alone can weigh as much as an elephant. While blue whales look true blue underwater, if any cruise critics see them breach, they'll notice that the mammal is more a mottled blue-gray. Their underbellies, meanwhile, take on a yellowish coloring due to the millions of microorganisms that live on their skin.

At the near bottom of the food chain are krill: small, shrimp-like crustaceans that basically fuel the engine of the earth's marine ecosystems. Though you might never see these tiny swimmers on an Antarctica cruise, they will be swimming underneath the ship, feeding on microscopic phytoplankton. As one of nature's humorous ironies, the largest animal ever to roam the earth, blue whales, survive off of krill.

Off of the shores of the southernmost continent of Earth, voyagers can encounter a range of eye-capturing animal life.

Antarctica wildlife makes the trip worth it!

Although Antarctica are a cold and icy continent you’ll find a rich and lively wildlife there. The wildlife are only one of many good reasons to travel to Antarctica. The cruise is an adventure and you will experience amazing nature and activities such as kayaking and hiking. The continent is so unique you may get the feeling of arriving another world. Book your next cruise to Antarctica and explore this paradise!