With the beginning of the industrial revolution in the early 18th century humans began pouring CO2 into the atmosphere – first from burning coal, and later from oil and gas. Since then this period of anthropogenic climate change has led to a global warming of about 1˚C.

Unfortunately, the rate of change in Antarctica has turned out to be much faster than the global average. The West Antarctic Peninsula is one of the fastest warming areas on Earth, with only a few areas in the Arctic experience faster increases in temperature.

The Antarctic Ice Sheet holds approximately 61 percent of all fresh water on Earth. Were it all to melt this would lead to a rise in sea level of 58 metres. In East Antarctica the ice sheet rests on a major land mass, but in West Antarctica the seabed can extend to more than 2500 metres below sea level. The mean thickness of the Antarctic ice sheet is an incredible 2 kilometres, but the maximum is almost 4800 metres! The continuing melt of Antarctic ice will result in rising sea levels, eventually putting the lives and livelihoods of millions of people living in coastal areas at risk.

Antarctica’s sea ice has been expanding slightly in recent years, and this has been a big theme for those who doubt global warming being man-made. The National Snow and Ice Data Centre (NSIDC) in Colorado provides daily updates of the ice condition in the polar regions. The center reports that once the Antarctic sea ice reaches its maximum extent on 31 August (earlier than expected) it has been declining rapidly and was by November 2016 more than 1 million square kilometres below the previous record low.

The map here shows the Antarctic sea ice’s extent from 1 November to 30 November in 2016, a period in which it is at its lowest in recorded history for the month. Scientists say its difficult to pinpoint exactly what is happening. Winds that normally sweep around the Antarctic continent were the weakest  in two decades for the month of November, and might have been a factor. Recovery of the Ozone layer of Antarctica leading to cooler air might also have contributed.

For half a century climate scientists have seen the West Antarctica ice sheet as a sword of Damocles suspended over human civilization. With warming temperatures in both the sea and atmosphere the ice sheet could begin to disintegrate, resulting in a sea rise of 2 meters or more by 2100 and more in the century to come. The fact that the ice sheet in west Antarctica is resting on a sea bed under water makes it particularly vulnerable to warming water.

The Pine Island glacier has retreated roughly 50 kilometers in the past 70 years. In November 2015 an iceberg the size of Singapore broke off from the glacier, signaling its depreciating state.

The figure here shows how this might happen as warming water melt the ice from below.

Prior to the break-up of the Pine Island glacier in 2015 scientists had observed a rift formed at the very base of the ice shelf 30 kilometres inland indicating that the shelf was breaking up from the inside out. A new rift was detected in November 2016, indicating new movements that might result in new break-ups to come. The Pine Island glacier sits at the outer edge of one of the most active ice streams on the continent. Much like a cork in a bottle it blocks the ice flow into the sea. If the West Antarctic ice sheet collapses, which may happen in the next 100 years, this could lead to a rise in sea levels of nearly 3 meters.

The Antarctic Peninsula, home to almost 700 hundred glaciers, has experienced a warming of more than 3˚C over the last 50 years. 90% of the glaciers in Antarctica are retreating. Recent research suggests that the rapid retreat stems both from the warming atmosphere and increses in Ocean temperatures. The map here  by Cook et al (2016) shows red and blue dots, where red dots show retreating glaciers as a consequence of increasing ocean temperatures, and blue dots show glaciers not currently retreating.

Consequences of climate change in Antarctica

The most dramatic impact from the warming water and atmosphere in Antarctica is the rising of global sealevels. A collapse of the West Antarctic Ice Sheet might happen already in the lifetime of our children, and would drown major metropolitan areas like New York and Miama and displace as many as 150 million people worldwide.

Krill often feed on algae underneath sea ice and will decline when the ice decreases. Adélie penguin populations have been declining in recent years due to reductions in krill populations and changes in weather in their traditional nesting areas. Emperor penguins are vulnerable as well. Another species identified to be highly vulnerable to climate change is the Antarctic tooth fish.

Climate change in Antarctica will have dramatic effects both locally and globally. 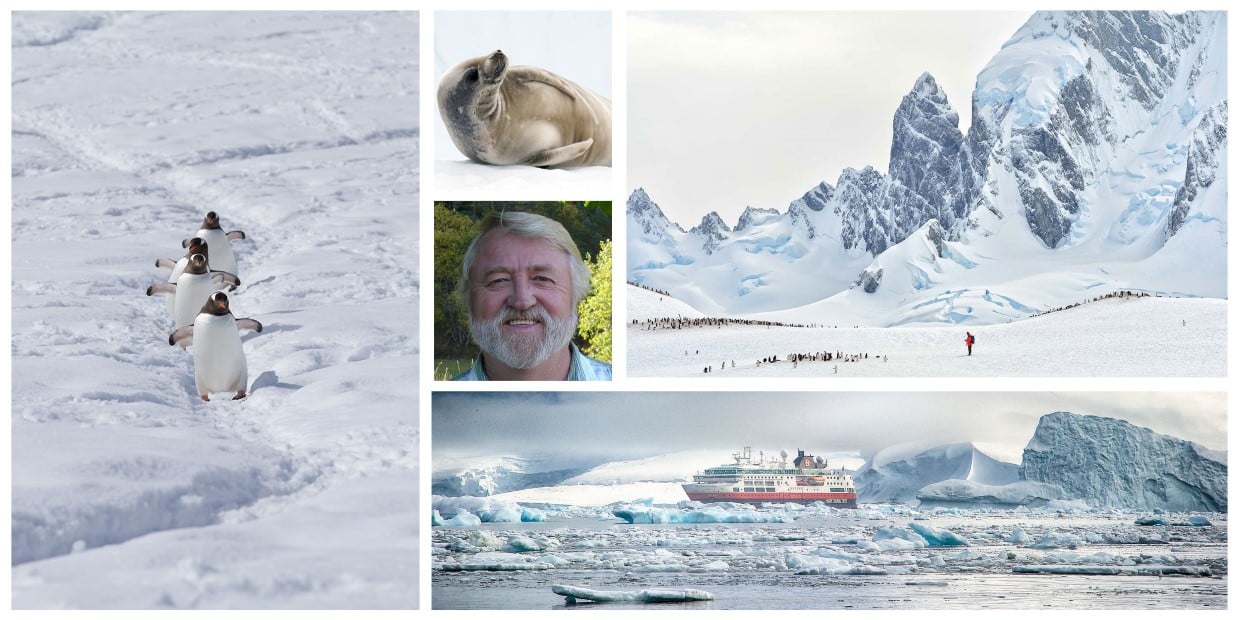 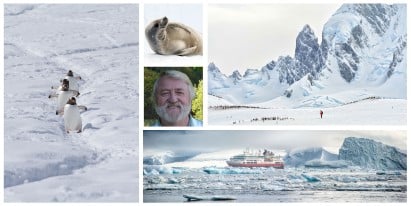 Mr. Svein Tveitdal is a civil engineer with extensive experience from the private sector and the UN. In 1989 Svein was the founder of the Environmental Centre GRID-Arendal in Norway that is affiliated with the United Nations Environment Program (UNEP).  After acting as director for almost 10 years, he joined UNEP as a division director at their headquarters in Nairobi. After leaving UNEP he started his own company, Klima2020, and also served seven years as the Environmental Ambassador to the city of Arendal, Norway.

He has served as chairman or board member in numerous private companies and public institutions. Svein's current focus is on bridging the gap between science, policy makers and the broad public to facilitate understanding of the threats and opportunities climate change poses. He is a writer, lecturer and active social media user with more than 200,000 followers on Twitter (@tveitdal). He typically communicates what is happening globally with climate change and renewable energy including the Arctic and Antarctica.

On board MS Midnatsol, Svein will give three lectures about the history of climate change, as well as the latest status on human-made global climate change and its impact, with a particular focus on the melting ice in the Arctic and Antarctica. He will talk about the Paris climate agreement, solutions and action needed, and discuss the chances we have to limit global warming to a level that will prevent the world from climate disaster. He will also talk about the threats and opportunities the green shift is posing on the business sector and the public.